Nine people who lived in this small area got cancer. They want answers

On the edge of Canberra, where housing developments have been built on top of old farms, there lies a potentially toxic history in the soil.

Canberra man Robin Eckermann only discovered he had built a home metres from a contaminated sheep dip site in Fraser - which commonly contain elevated levels of arsenic and other carcinogenics - decades after he moved. 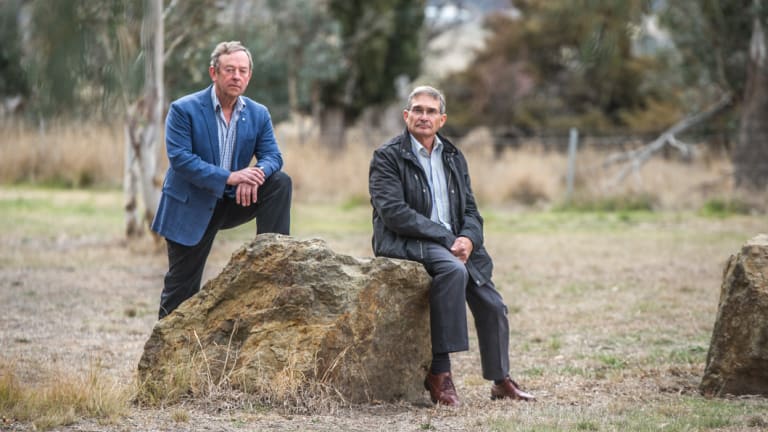 And if it wasn't for the close bonds with neighbours he keeps 30 years after moving out, he may never have known.

There are 153 old sheep dip sites in the ACT on a government register, but only a handful are now residential land.

He and other former neighbours who built their first homes near the Fraser sheep dip in the 1970s are now worried that a spate of cancer diagnoses are linked to the site.

In a small area surrounding the old sheep dip site, nine current or former residents have had cancer.

They are not sure if the old sheep dip site is to blame, but they want ACT Health to investigate.

A toxic history
Mr Eckermann, Peter Toscan and Helen were neighbours in Fraser in the 1970s, building their first homes on the newly released residential land.

The mostly first-home owners who bought the land and built their houses and developed the gardens had no idea there could be elevated levels of dangerous chemicals in the soil.

In the late 1990s, the ACT government underwent testing and recommissioning of the former sheep dip sites.

Soil samples of the Fraser site showed elevated levels of arsenic in a number of spots near the old sheep dip site, including above the health investigation level on the site of one home.

The soil was subsequently remediated, but more than 20 years after the residents began building and living on the land. 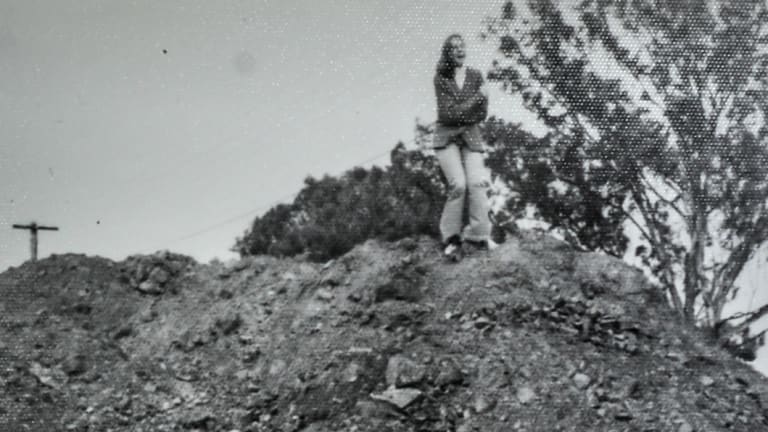 "The penny dropped"
Mr Eckermann built his home near the Fraser sheep sip site in 1975, and after 14 years building, establishing the home and raising children at the site, the family moved out in 1989.

He never knew about the presence of the sheep dip site until he and two former neighbours were all diagnosed with prostate cancer.

It was through conversations with former neighbours in the past few years that he discovered the house had been built near the sheep dip site and near contaminated land.

"The penny dropped, so to speak," Mr Eckermann said.

Neighbour Peter Toscan built in Fraser in 1973 and lived there until 1999.

He had a full prostatectomy in 2014, after the first signs of prostate cancer showed up in 2002 when he was 52.

Fellow neighbour Tony died in 2015 after he was diagnosed with prostate cancer as a 52 year old.

“It just seemed either very unlucky that three of us would be diagnosed with prostate cancer and then when you started looking further afield and found cases of breast cancer and bowel cancer it all was looking very odd," Mr Eckermann said.

They have counted nine cancer cases in the immediate vicinity around the old sheep dip site.

Mr Eckermann wrote to the ACT government after discovering the sheep dip site and told it about the cancer cases.

The government concluded the cancers were not linked and further studies were not needed.

“The response was in my view fairly dismissive but also not well informed as it was trying to interpret the high incidence of cancers in the context of statistical incidents across a whole suburb," Mr Eckermann said.

“The kids played in the dirt all the time, we all developed our gardens, grew vegetables and moved the soil around."

Movement in soil
Helen remembers the excitment of buying her first block of land to build a family home with husband Tony in 1975.

She vividly remembers how much her husband was exposed to the soil near the sheep dip site, establishing the garden by himself and constantly moving dirt around.

Tony was diagnosed with prostate cancer at age 51.

It was only in the past year she discovered she built directly next door to the site of the old sheep dip.

With no fences for a long time or established gardens, she worries about the movement of soil between the blocks.

A few weeks ago during discussions with neighbours about the sheep dip she remembered the death of the family dog while living on the block.

He died from snout cancer.

"I thought 'Oh my gosh, that makes sense'," Helen said.

She is determined to ensure the government has done everything it can to find out if the soil had could have been associated with her husband's death, and if other people could be at risk.

"We took soil from different neighbours' houses to build up driveways and things like that," Helen said.

"When all three of them got prostate cancer and we found out about the sheep dip, we thought well we were all in the same area and all playing with that dirt."

Among other cases of cancer was a woman who passed away from brain cancer, described as an avid gardener.

"I think the government should take it a bit more seriously, for the next generation" she said.

Associate professor Suzie Reichman from RMIT University said the main risk from arsenic or other chemicals would be for the residents who lived directly on the sheep dip site.

People in adjoining properties would need to have been exposed to the arsenic in the soil.

"There would need to be something like a dust storm on a regular occurrence for a prolonged period of time for them to have an unacceptable risk of exposure," she said.

She said there would need to have been urine or blood samples taken to see if the arsenic had made its way into residents' bodies at an unacceptable level.

Government investigations
In the mid to late 1990s, the ACT government set about figuring out what the best ways of managing and remediating old sheep dip sites.

The then ACT Department of Urban Services conducted an assessment of the Fraser site in 1996.

While some sections of the site came back with readings above the health investigation levels, the government concluded the risk of hazardous exposure to arsenic was very low.

The area impacted by the former sheep dip operations in Fraser was remediated.

In response to residents' concerns in 2017, an ACT Health spokeswoman said a team of environmental health and public health officers at ACT Health, in consultation with Access Canberra, investigated their concerns.

They have not sought independent medical or environmental scientific advice.

"The investigation found that the potential for hazardous exposure to arsenic in soil in the area from a former sheep dip site was very low and it was determined there was no need to investigate further," an ACT Health spokeswoman said.

"This was communicated to the residents concerned.

"The investigation examined the rates of prostate, female breast cancer, large bowel and all cancer combined by suburb for the ACT.

"Rates of these cancers in Fraser were similar to other suburbs in the ACT.

"Because the pattern of diseases at a suburb level fitted within the general population profile and exposure to a known environmental hazard could not be identified, it was determined there was no need to investigate further."

For residents, this is not enough.

They are worried about the affects on the next generation.

"I think they should take it a bit more seriously," Helen said.

"They should look into for the next generation."